Agritur Bella di Bosco is located in Valle di Non, a hamlet of the neo-commune of Predaia, on the Predaia plateau, one of the most beautiful areas of the valley.
Smarano rises at almost 1000 m above sea level, in a flat and sunny position, from where you can enjoy a wonderful view of the rocky peaks of the Brenta Dolomites. 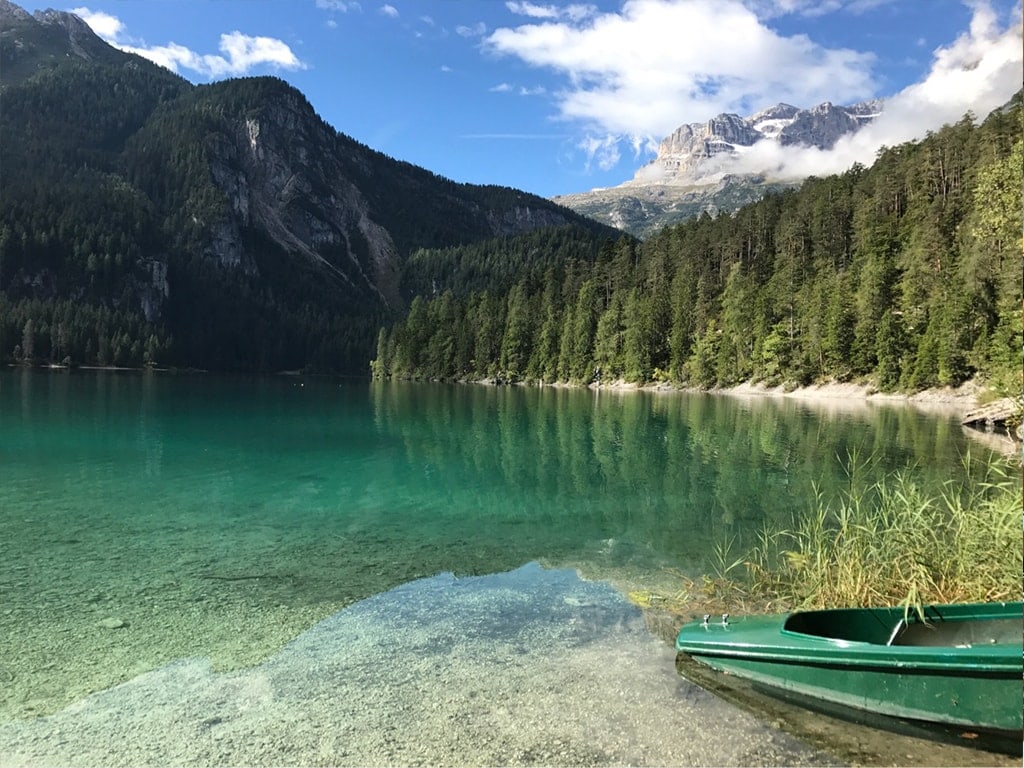 The Brenta Dolomites are part of the Adamello-Brenta Natural Park, home to various wild species, the most characteristic of which is the brown bear, the protagonist of a reintroduction project by the Autonomous Province of Trento. The place that most represents the park is certainly Lake Tovel, famous because until the 60s it turned red, but now it is characterized by crystal clear waters. 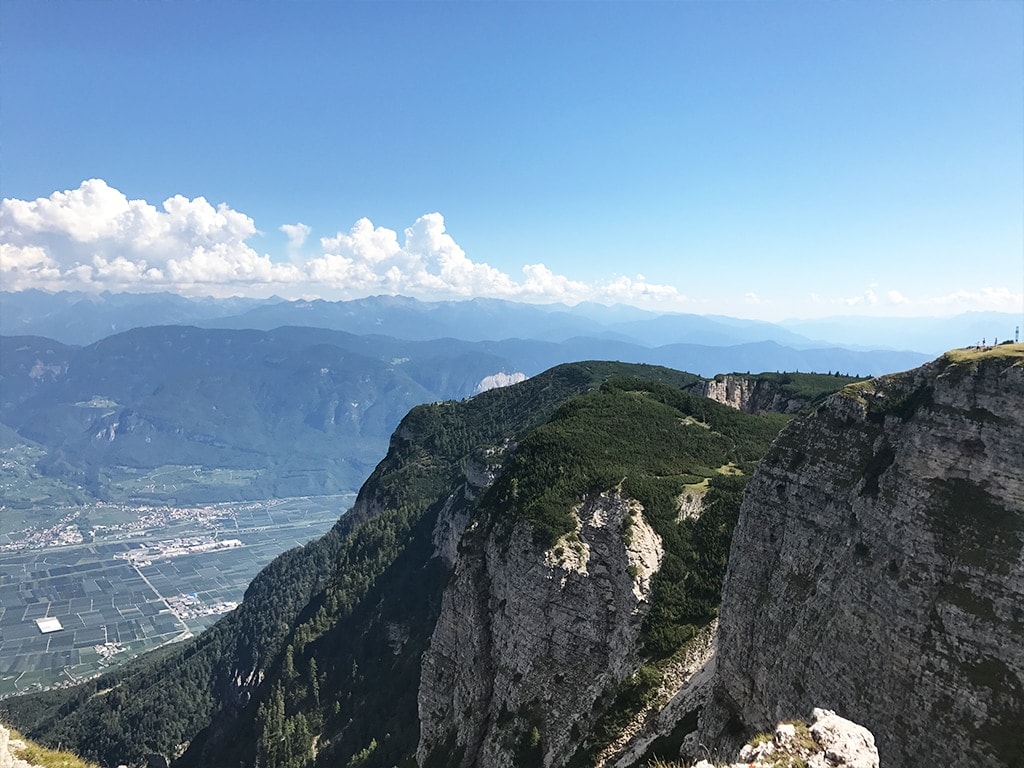 Behind Smarano, to the north-east, rises Mount Roen (2116 m), which rises gently from the side of the Val di Non, to fall sheer to the Adige valley. It is a vast mountain with very varied environments and a remarkable biodiversity, which offers spaces for both short walks and day trips. Towards the summit there are two mountain pastures which are still active today and which characterize the gentle summit for the presence of large pastures over which it is not unlikely to see the golden eagle flying.

East of Smarano, 10 minutes by car, there is the Predaia, a unique area for the presence of meadows rich in colorful flowers and insects, a sign of poor cultivations, because of the scarcity of water and the distance from the village. 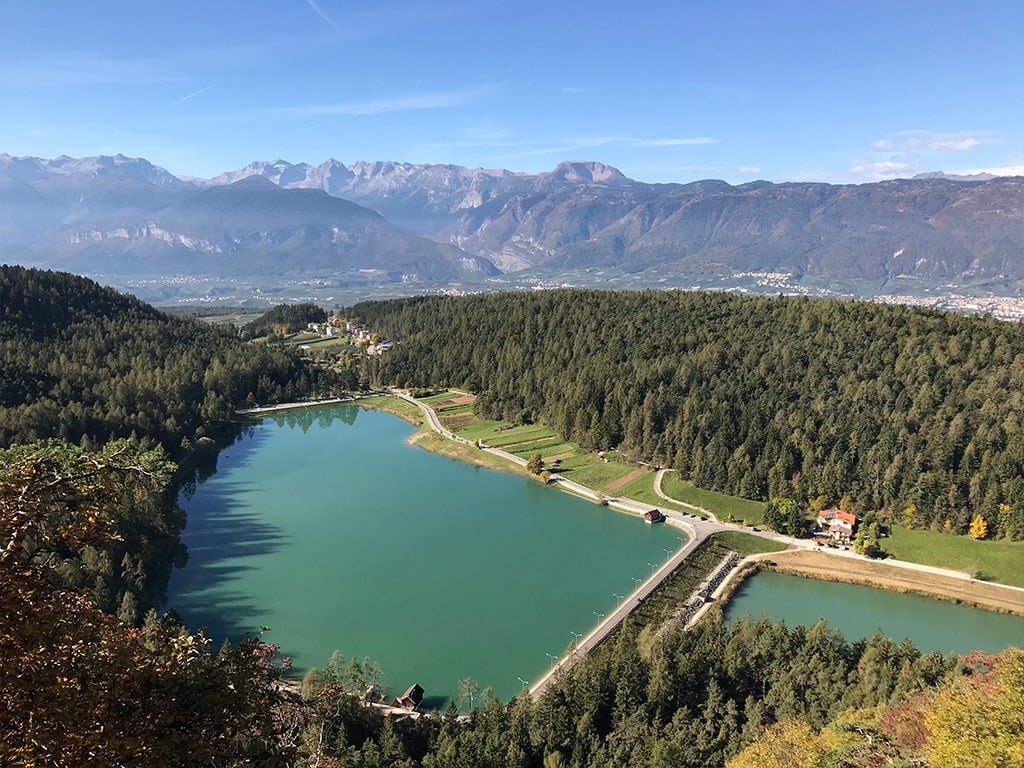 Another place that deserves, very close to us, is the locality Due Laghi di Coredo, where it is possible to take a pleasant walk, which if you wish continues to the Sanctuary of S. Romedio. The walk around the lakes is suitable for everyone, even for joggers or those who want to do some healthy exercises in the open air thanks to the presence of gym equipment. Here children and families can have fun at the playground and why not, maybe even having a barbecue in one of the many grills available.

In addition to the richness of its landscape and nature, Val di Non or Anaunia boasts a large number of castles, some of which have been in ruins for a long time, others still inhabited by the descendants of powerful noble families. Fortunately one of the largest and most characteristic castles, as well as kept in good condition, Castel Thun, is owned by the Autonomous Province of Trento.

Another jewel of the valley not far from Smarano is the Sanctuary of San Romedio, famous especially in the German world for the Austrian origins of the saint. The sanctuary, located on a high rock, is composed of several small churches built at different times, the oldest of which dates back to the 11th century. Legend has it that Romedio, a nobleman of the Austrian Thaur family, left his wealth and, having retired to a hermitage on the rock where the sanctuary stands today, one day decided to go to Trento to Bishop Vigilio. As he was now old, he went there on horseback, but he met a bear that mauled him. Thanks to his great faith, he made the bear tame and rode him to Trento. Visiting hours: from 9 am to 5 pm. 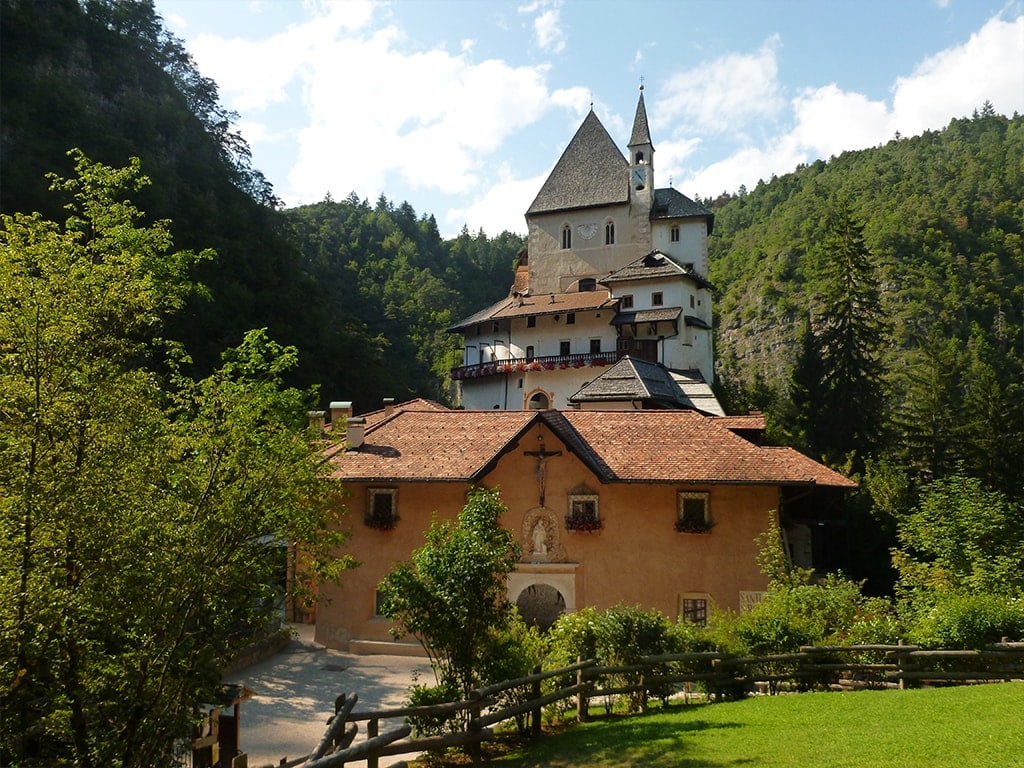 Very suggestive is also the path set in the rock that leads from Sanzeno to the Sanctuary of San Romedio.

Not to be missed is the historic centre of Trento, with the Cathedral of San Vigilio, the Buonconsiglio Castle, the Palazzo delle Albere and the Tridentine Museum of Natural Sciences.

Rovereto is home to the famous MART, the internationally renowned Museum of Modern and Contemporary Art of Trento and Bolzano.

If you want to breathe in a more “Nordic” climate, you can go to nearby South Tyrol, to Bozen, where a visit to the South Tyrol Museum of Archaeology , where you can see the famous Iceman or Similaun mummy, is recommended. For those who don’t know, this is a perfectly preserved mummy, found with all his equipment on the glacier of Val Senales in 1991. After numerous examinations, it was discovered that the Iceman or, more affectionately, “Ötzi”, lived 5,000 years ago and died on those icy mountains murdered by an arrow.

Another South Tyrolean town of interest is Merano, famous for its thermal baths and its almost Mediterranean climate.